Why Go on Surf Holidays in Portugal

Besides the island of Madeira and the more developed (and crowded) parts of the southern Algarve region, Portugal is somewhat less of a mainstream destination compared to typical European holiday hotspots like Ibiza or the Costa del Sol. If incredible waves, sunny days, great food, delicious wine, and kind people is what you’re after, a surf holiday in Portugal ticks all the boxes — and at prices that are impossible to match elsewhere on the continent.

The smart money is on Portugal

What makes Portugal so special? Sport, nature and culture combined produce the ultimate surfing vacation experience. A surf holiday in Portugal means getting more for your money.

Portugal is home to several surf spots that are mainstakes on the European and international pro surfing circuits. The highest concentration of world-class breaks is clustered around the town of Ericeira, an old fishing village with a vibrant surf culture.

There are 9 top surf spots in Ericeira and over 40 regional breaks within easy reach. Excellent surfcamps cater to all levels of surfers, from lessons for absolute beginners to expert surf guiding for veteran shredders. As Europe’s only dedicated World Surfing Reserve, Ericeira is an absolute must for any surf holiday in Portugal.

In the last 5 years the popularity of Portugal as the surfing capital of Europe has skyrocketed. The waves have always been there, the Atlantic Coast has been pounding Europe’s westernmost part for centuries. Add to that surfing’s appeal worldwide growing exponentially, it becoming an olympic sport in 2020, numerous WSL competitions being held in Portugal and the biggest wave in the world (24m) surfed in Nazaré by Rodrigo Koxa in 2017 and you’ve got a winner! Normally a football-mad country (ever heard of Cristiano Ronaldo?!), surfing is Portugal’s second most popular sport.

Tourism in Portugal has been growing steadily since 2011 and the country was named one of the top 3 hottest travel destinations worldwide by Lonely Planet. Portugal saw a 12 percent increase of foreign tourists in 2017 accounting to a total of 12.7 million visitors and contributing to the strongest economic growth since 2000. That said — Portugal is still a country of only 10.5 million inhabitants. That’s a lot of coastline and a serious amount of surf spots for such a small population, even if you count tourists and other seasonal visitors. In addition to the popular, well-developed areas there are plenty of isolated beaches for those in search of adventure. Instructors and surf guides will be happy to show you these “secret” spots.

Hospitality choices for your surf holiday in Portugal range from self-catered villas and surf apartments for families and groups to comfortable rooms and shared dorms. A top-notch surfcamp or surf resort will provide all you need for the surf holiday of a lifetime.

See you in Portugal for fun in the sun and perfect waves! You’ll go back home fat and happy, we promise you! 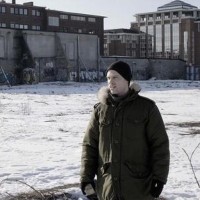 Graham Land is a writer who grew up in the suburbs of Washington, DC, where he was part of the local hardcore punk scene. Through this musical movement he became involved in grass roots interests such as anti-racist activism, animal rights and Ecology. In 2000 he relocated to Europe, earning an MA in History from Malmö University in Sweden. Graham writes on a variety of topics including the environment, politics and history.
View all posts by graham.land →
This entry was posted in Portugal and tagged ericeira, portugal, surf, surf destination, surf holiday, surf holiday portugal, surf vacation, surfcamp portugal, surfing, vacation destination. Bookmark the permalink.
Tweet

Photos of the surf camp, guests and the surroundings of Portugal. Feel free to send us your best vacation pictures. Looking forward to welcome you soon. 360° Virtual Tour Instagram More